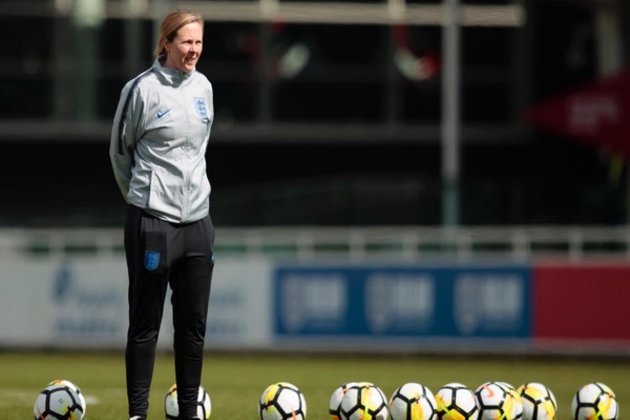 Prior to that, Rehanne held the position of assistant manager at Arsenal where she worked for three years alongside Laura Harvey during a highly successful period for the team from 2010, lifting two Women's Super League titles, two Conti Cups and one FA Cup, as well as reaching the UEFA Champions League semi-finals on two occasions.

Rehanne was also the team Great Britain's assistant coach to Kay Cossington at the World Student Games, winning the gold medal in 2013 before spending time overseas coaching in Florida. She returned to the UK in 2016 with the Wales Women's National Team as assistant manager before taking up her role in 2017 with the FA, her second spell at the governing body having coached England national youth teams for seven years earlier in her career.

As a player, she represented Middlesbrough and Leicester City, working her way up the coaching ranks at the latter where she took on the roles of Girls Centre Of Excellence Technical Director, Girls U19 Academy Director, Community Manager and Women's First Team Manager.

Youth development was a key focus for Rehanne during her time at Leicester and a number of players achieved international call-ups, while the team secured four successive promotions to reach the Women's Premier League National Division.Rehanne said: "I am really excited to be joining Tottenham Hotspur and cannot wait to get started in the WSL after the international break. The Club's philosophy and future plans are something I was really keen to be a part of. They have shown a real commitment to the women's team and have come a long way in a short period of time which is a credit to all the players and staff involved.

"There is some incredible experience within this squad and I am looking forward to getting to work with the players so we can build on the progress that has been made so far and bring future success to the team," she added.

Tottenham Hotspur Head of Women's Football, Heather Cowan, said: "We are pleased to welcome Rehanne to the Club. She has extensive experience in the women's game and we are looking forward to having her with us now as we look to continue our journey forward in the WSL." (ANI)