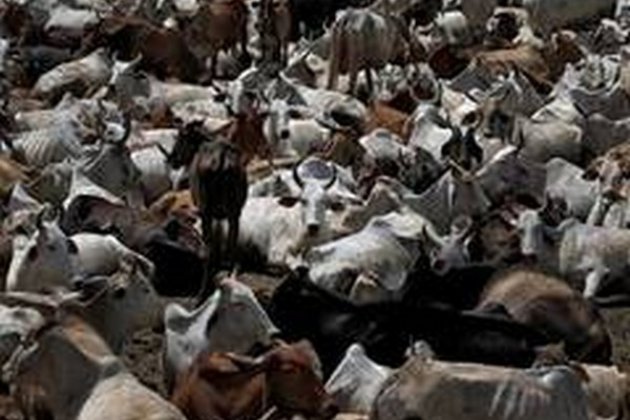 Amaravati (Andhra Pradesh) [India], November 20 (ANI): The Andhra Pradesh government will distribute cattle to the beneficiaries under YSR Cheyutha scheme, which will be launched on November 26, Minister for Animal Husbandry, Appalaraju Seediri said on Friday.

"The beneficiaries will be given support to sell their produce to Amul. The state government and Amul have an agreement in this regard," said the Minister.

The state government will purchase cows, buffaloes, goats, and sheep with Rs 5386 crores. The cattle will be purchased from states like Haryana, Punjab, Gujarat, Maharashtra, Karnataka, Tamilnadu, Telangana, apart from purchase within the state, said Seediri.

At first, the scheme will be implemented in Prakasam, Chittoor, and Kadapa districts. Local purchase of animals will be done on November 24, 25, and 26. Further, one lakh cattle will be bought before the end of February 2021, under phase 1 of the scheme for the rest of the 10 districts. Bank linkage for a loan will be completed in December and in January next month.

The scheme has been receiving an overwhelming response with almost 2.5 lakh people have applied for goats and sheep. Appalaraju said that Andhra Pradesh has entered into an agreement with Amul and the company will primarily take care of marketing and technical know-how.

Under the scheme, milk will be collected through women, at 9688 centers. A cooperative society will be placed in this regard soon. The government itself will provide facilities for collecting milk at Rytu Bharosa Kendras. The government will ensure that every farmer will get an extra Rs 4 per litre, by bringing an atmosphere conducive for markets. (ANI)