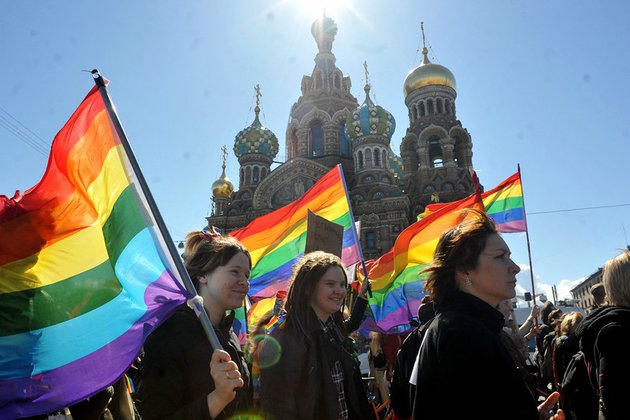 Russia's State Duma Committee on State Construction has issued its recommendations on a number of controversial amendments to an anti-LGBTQ propaganda bill adopted last month. It rejected provisions that would introduce criminal liability for repeated violations of the law prohibiting the promotion of non-traditional sexual relations and pedophilia.

The amendments were originally introduced by Nina Ostanina and Nikolai Burlyaev, deputies in the State Duma (the lower chamber of parliament), who suggested imposing penalties of up to three years in prison for LGBTQ propaganda and up to five years for the promotion of pedophilia.

The proposal was rejected due to the fact that changes to Russia's Criminal Code cannot be made in the form of an amendment to a draft law on administrative responsibility, the first deputy chairman of the committee, Irina Pankina, told Kommersant daily. She noted that such a proposal would have to be submitted in a separate bill.

The first draft of the bill, originally proposed by media regulator Roskomnadzor and endorsed by the Duma unanimously on October 27, bans the spread of 'LGBTQ propaganda' in the media, online, in books, films, 'audio-visual services,' and advertisements.

Alexander Khinshtein, the chair of the Duma's committee on information policy, had previously said criminal liability for violating this law was a step too far and that the bill was meant only to introduce administrative penalties as a preventive measure to "make these disgusting phenomena impossible." He noted, however, that the bill does not ban LGBTQ identity as such.

Russian President Vladimir Putin has also spoken out about combating Western values such as the existence of "dozens of genders," but has also said every person has a right to "grow up, become an adult and determine his own destiny."

"But nothing should be imposed - that's what we are against," the president said.