Why it's time to end child sponsorship 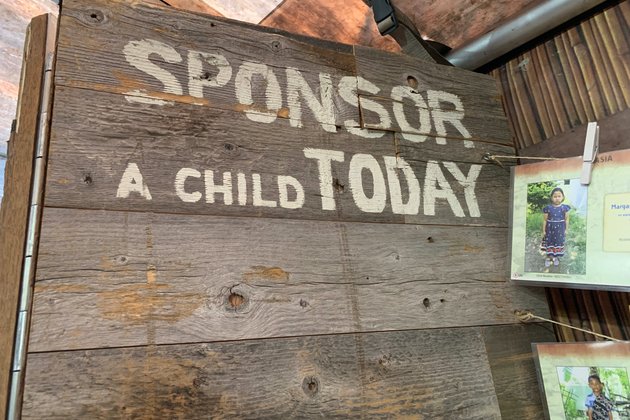 Language about the benefits of child sponsorship is common in the charity sector. The narrative we are given is that sponsoring a child in the Global South is a way to make a positive difference in their lives.

However, this narrative inaccurately frames children and their families as lacking, backward, inferior, and longing for the standards of the Global North. It does not speak to the greater injustices and inequities impacting these children's lives, or the role the Global North has played in producing them.

Millions of children are sponsored worldwide raising billions of dollars per year. Yet, the more things change, the more they stay the same: the misguided motivations for sponsors becoming involved, lack of public education around issues of poverty and inequity and the level of denial for the role played by the Global North in reproducing problematic patterns of thinking and relationships all remain unchanged.

I have been researching child sponsorship since 2018. My advice not to participate is typically met with blank stares or a retort that it is "better than nothing."

Unfortunately, it's not. Child sponsorship is highly successful at escaping questioning and reproach because it is viewed as a well-intentioned and benevolent act on the part of good people who want to help. Failure to ask sponsors to think and act differently and to challenge their comfortable roles as well-intentioned, good people, is a problematic pattern of thinking.

Motivations for becoming a child sponsor are numerous, including the sponsor's guilt over their own privilege, the need for a personal connection, the desire to support development or even the belief that sponsoring a child is apolitical.

People are also drawn to child sponsorship for altruistic reasons. But, as geographer Frances Rabbitts observes: "Despite the common association of charity with altruism...charitable gifts are shown to be inextricably bound up in webs of reciprocity and relations of power."

Take the standard practice of letter writing between sponsor and child. As writer Peter Stalker explains, "there's nothing like writing a regular thank-you letter to keep you in your place."

For some, motivation is tied up in those glossy photos of children living in poverty - images designed to tug at a donor's heartstrings. International development consultant Carol Sherman describes the persuasive marketing techniques used for child sponsorship as "much like those found on online shopping sites or dating apps."

Other motivations are based in a belief that child sponsorship is an apolitical way to advance the project of "development" by helping innocent victims of chronic poverty. But that belief is framed primarily by and for the Global North to make the Global South feel the need to catch up. Post-development theorist Arturo Escobar calls for a shift away from the concept of development, calling instead for "complex conversations" which will "provide alternative understandings of the world."

As sociology professor Peter Ove says, "child sponsorship is never going to be the solution to the problem. And I think the faster we realize that, and change our core assumptions, the better off we'll be."

Sponsorship lets people off the hook

Unfortunately, society tends to discuss global poverty as simply a case of being fortunate or unfortunate. But that utterly disregards the role played by the Global North in producing and sustaining the conditions of the South through, for example, structural adjustment programs, foreign policies and global trade regimes.

Viewing the global poverty discourse through a fortunate/unfortunate lens takes people in wealthier countries out of the power relationship and reproduces problematic historical perspectives and relationships.

"Charity lets people off the hook by not requiring them to recognize their position within a relationship based on power," says international development scholar Simon Granovsky-Larsen. Agencies do not encourage sponsors to examine their role in global injustice nor do they attempt to reverse or undo the structural conditions that have produced it.

But, as Granovsky-Larsen says, actions based on justice "require a difficult look at who you are, what your role is in imbalanced relationships of power, and how you can act - sometimes at a cost to yourself - to undo the structural conditions that have produced that injustice."

Education and engagement instead

Instead of sponsorship, we need to engage with and support education and advocacy work being done in the Global South. For example, Development and Peace Caritas Canada (DPCC) works on ecological justice, democracy, citizen participation and peace and reconciliation with their Global South partner organizations.

DPCC also educates Canadians on the root causes of global poverty. We need to understand that poverty in the Global South is intimately linked to the wealth of those in the industrialized Global North.

We can support and act in solidarity with grassroots groups and campaigns for change around the world, while also putting pressure on our governments to shape policies and laws.

This can take a number of forms: exercising one's right to vote with a global citizenship lens; supporting NGOs that promote a change in foreign aid conditions; participating in civil engagement and divestment actions to hold companies accountable when they are linked to violence and harm in communities in the Global South.